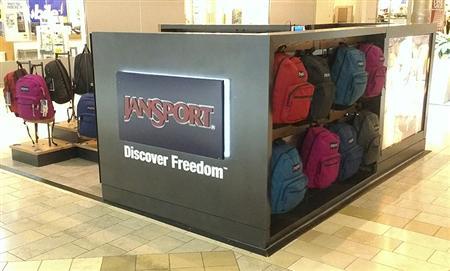 (Reuters) – Temporary stores, a money-making staple during the Halloween and Christmas seasons, are going back to school.

A growing number of retailers, including Target Corp (TGT.N), JanSport and Toys R Us Inc TOYS.UL, are popping up this summer in neighborhoods, malls and college campuses across the United States to sell notebooks, clothes, bed sheets and other supplies as students prepare for a new school year.

These pop-ups typically open in empty storefronts and sell smaller selections of popular items. They are a good way for retailers to increase shopping options during busy periods, test locations and promote their brand, retail experts say.

“Merchants today are looking for a way to differentiate themselves,” said Christina Norsig, chief executive officer of Pop-Up Insider, which connects retailers to potential pop-up spaces. “We’re really seeing a change in marketplace.”

The number of pop-up stores in the United States has jumped 16 percent to 2,380 in 2012 from 2,043 in 2009, according to data from industry research firm IBIS World. But pop-ups are still largely untracked, with no data available on their sales or revenue.

Retailers can save up to 80 percent by opening a pop-up instead of a traditional retail store, according to Storefront, a company that also connects pop-ups with real estate.

About 2,000 square feet is a popular size for pop-ups, he said, since that allows retailers to be flexible about how much inventory they carry.

Some pop-ups may stock a smaller selection of items, but enable customers to purchase others online, said Kurt Salmon retail strategist Megan Donadio.